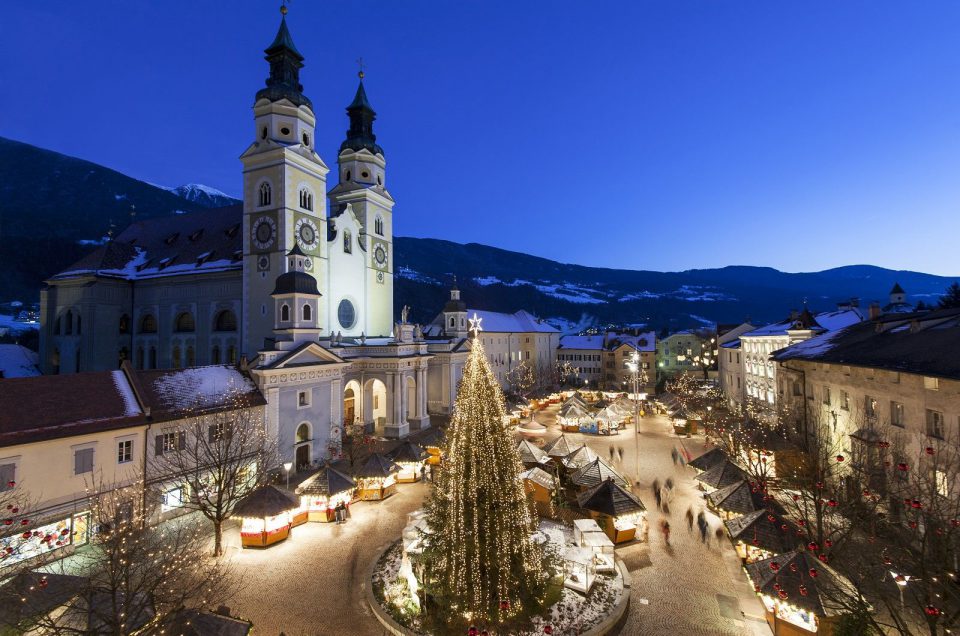 Anyone who stops in the old bishop’s town of Brixen for the first time will almost be transfixed by it’s beauty. From the huge monuments that cast a spell over the viewer. From the mighty cathedral, with it’s magnificent cloister, the medieval Hofburg with its beautifully landscaped court or the Herrengarten or the White Tower. However, the most impressive building stands in front of the city, about three kilometers north: the monastery Neustift.

The Augustinian canons’ monastery, where the Bishops of Bressanone resided for centuries, is the largest monastery in Tyrol and one of the most noteworthy sights in South Tyrol. The library with it’s unique precious manuscripts, the historic Pinakothek, the cloister built around 1200, the Baroque, three-aisled collegiate church of Our Lady with 365 different cherubs, the Castel Sant’Angelo (a circular chapel attached to the basilica) – the visitor dives into the gothic and baroque architecture. Founded in the middle of the 12th century, the abbey was an important center of illumination. A visit is essential.

Brixen, the capital of the Isarco Valley, where the Eisack and the Rienz rivers meet, was founded in 901 and is the oldest city in South Tyrol, and with almost 21,000 inhabitants, the third largest city after Bolzano (95,000) and Merano (35,000) German-speaking area south of the Brenner.

At 560 meters above sea level the location is characterised by churches and the church art. A tour of the historic part is not really exhausting because the city center is a square that is no more than 400 meters long on each side.

First, the mighty Cathedral of the Assumption, which makes Brixen so unique, is one of the most valuable art buildings in South Tyrol. Located east of the cathedral square, the ocher yellow facade and the bright green, typical lantern cupolas, a visual treat. Built around 980, the cathedral had to be redesigned around 1200 – after two fires. Between 1745 and ’54, the Romanesque building had to give way to a few baroque new buildings. Ceiling paintings by Paul Troger and his students, precious marble and many other art treasures make the cathedral in Bressanone a real treasure. 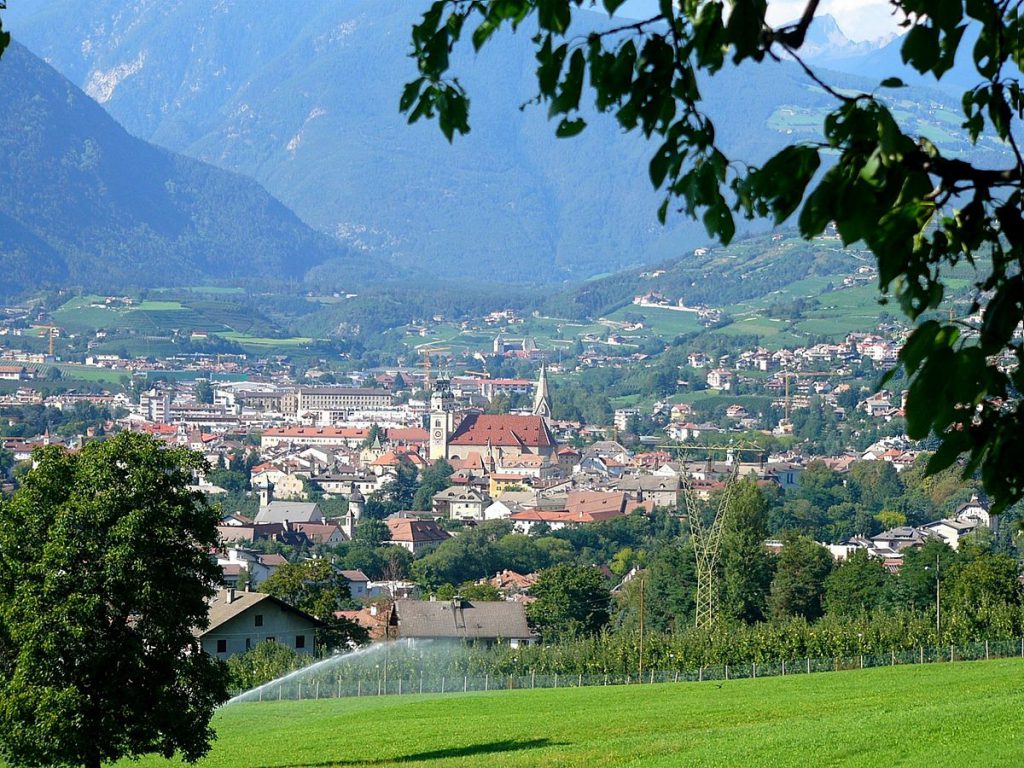 A headline attraction is the Romanesque cloister that surrounds the cathedral. The late Gothic murals are unique and represent a unique document of Tyrolean wall painting. Of the total of 20 arcades 15 are painted, with motifs from the Old and New Testament. The frescoes document the medieval art development of the 14th and 15th centuries.

The courtyard of the medieval city castle is magnificent and is one of the most impressive Renaissance buildings in Tyrol. The old castle gate, the baroque marble portal and the turrets of the Hofkirche make the Schlosshof an atmospheric monument. The Hofburg accommodates the Diözesanmuseum (considered the treasury of South Tyrol), the nativity scene (nativity scenes from Bressanone , Tyrol, Naples and Sicily ), and the diocesan archives.

Now a break is good

After so many sights a break from the culture is needed. In the city center with its typical arcades, in which we already are, it is not difficult to find the right ambience for a refreshments.

An espresso or a cappuccino, of course, with stuffed donuts, which can be found here in every cafe, or, for the more hungry, a piece of South Tyrolean bacon, house sausage or cheese, and a glass of white wine.

The award-winning Eisacktal, Sylvaner, Riesling, Kerner and Gewürztraminer, are especially good. But it should stay with a glass, because our sightseeing tour is not over yet. 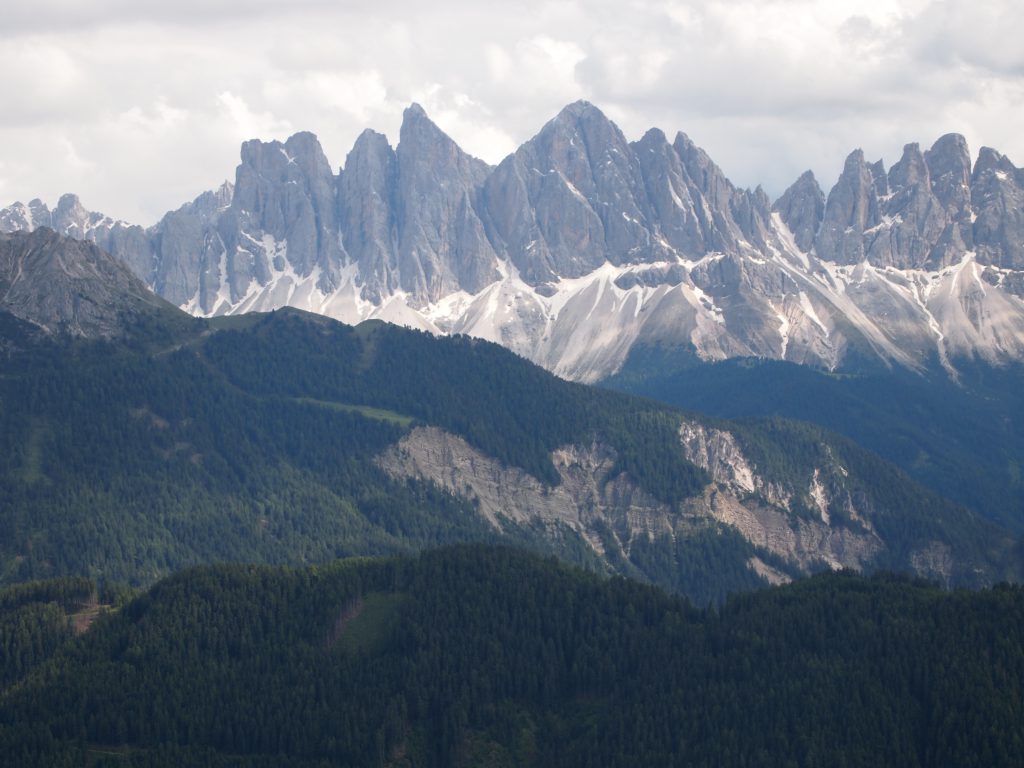 You should also have seen the following: the 72-meter-high White Tower of the Parish Church of St. Michael, named after its white roof, and another landmark of the city. Then the Hofgarten, which was reconstructed according to a plan from 1831 and completed in 1991, and finally the fountain at the cathedral square. The bronze sculpture depicts the human biography and was created by Martin Rainer, who was born in 1923 and has been living in Bressanone since 1964. And you are constantly surrounded by the stately town houses with their magnificent facades.

The area where the first humans settled, 1100 years ago, had been strategically chosen. Because both travelers, who moved over the Brenner, had to cross Brixen, and those who had to on the old Roman road in Pustertal, too. So it was only a matter of time until Brixen became a hub of commercial travelers and thus the citizens had something of it. Prosperity returned early in Bressanone. And that has remained so today. 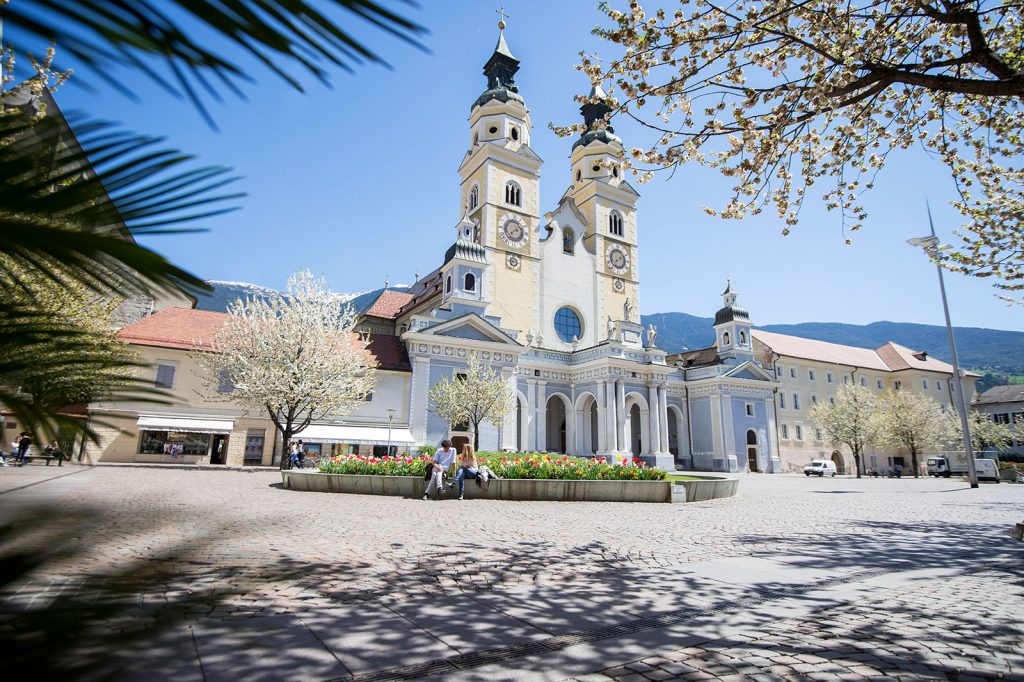 Even with a rich past, Brixen is still modern, young and cosmopolitan. Whether Italian fashion or elegant costume, not to find the right thing here, will be difficult. Young, because Brixen hosts a prestigious university and likes to see itself as a city of education and learning. The focus is on philosophical-theological studies, Brixen is the seat of the Faculty of Education at the Free University of Bolzano, and Brixen is a branch of the University of Padua. And cosmopolitan, because the small provincial town expanded its prosperity through the advent of tourism, which of course was favored by the fact that the climate is mild and the landscape leaves nothing to be desired.

And if you are looking for adventurous hiking opportunities and alpine summer holidays, this is the place to be, not only thanks to the Brixen mountain, the Plose. Because the villages Lüsen, St. Andrä / Afers, Tschötsch, Tötschling, Pinzagen, Tils or Gereuth invite you to wonderful excursions.