If you have read any of my article before so far, you know that I think Cuba is another world. Also, there are a lot of things that the traveler will find surprising. Here are a few!

Personally, I think this is not the image we usually have of Cuba. At least, it was not mine. The vast majority is of Spanish origin. There is also a little French. In the 19th century, thousands of French people settled in Cuba after a revolt in Haiti

Two currencies in circulation in Cuba 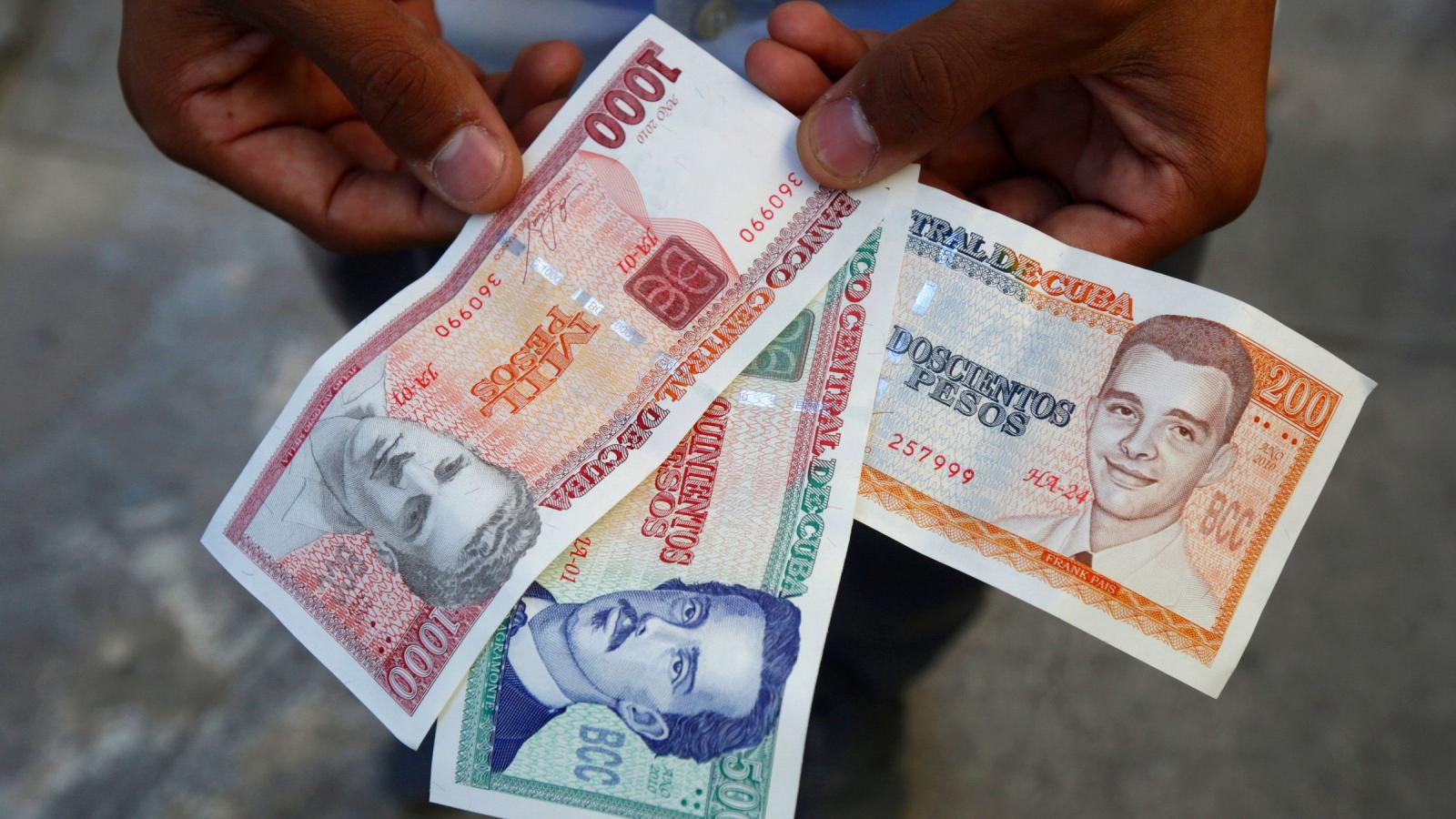 Strange indeed. One of the few countries where two national currencies exist: the GUP and the CUC.

Both are sometimes called Pesos, which can lead to confusion. The CUC, or convertible peso, is the hard currency. For a tourist, not paying with this currency is dangerous.

The other peso, nicknamed the national currency, is reserved for Cubans. It is in this currency that their salary is paid and they pay the principal expenses.

No Cuba visa on your passport 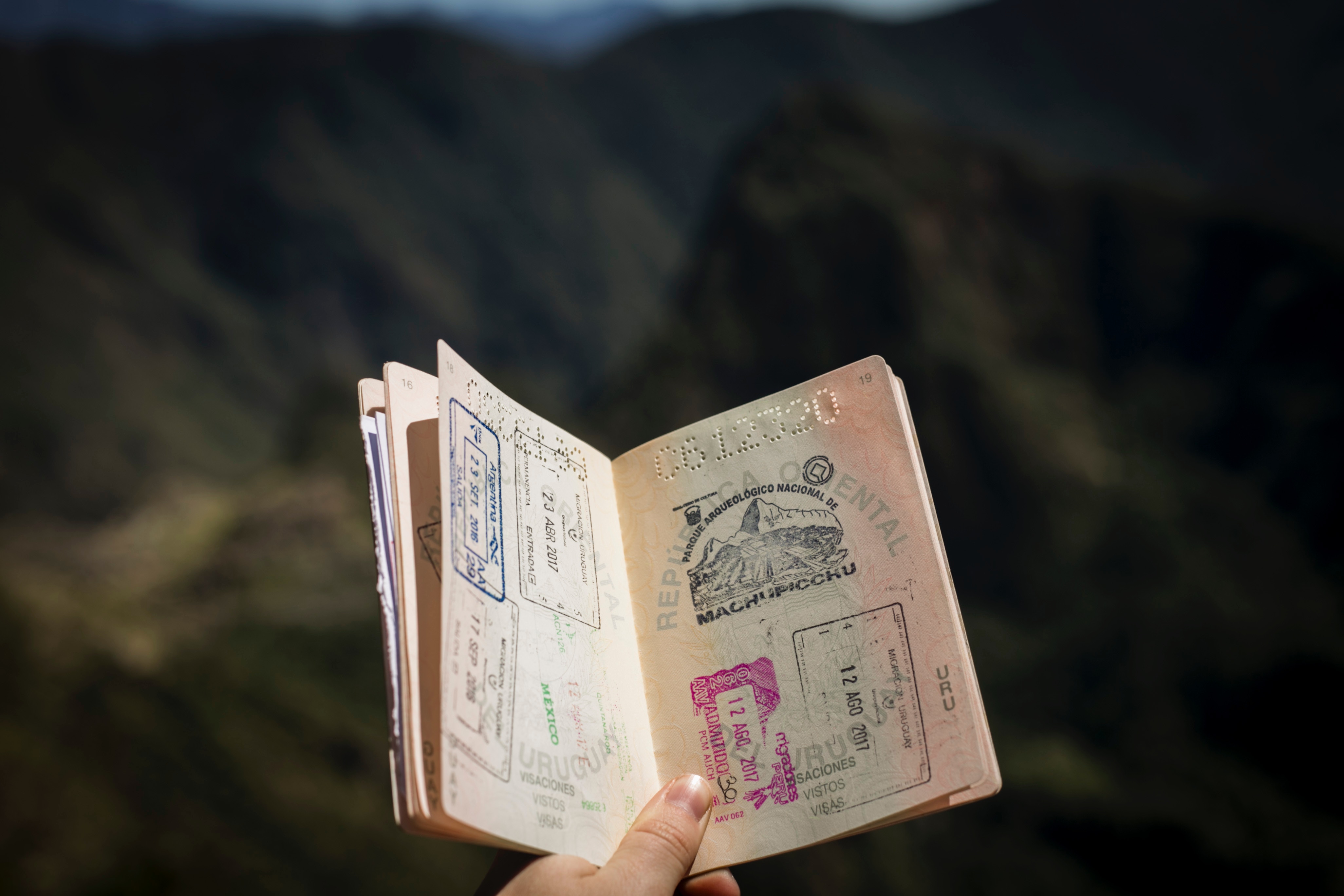 Indeed, it’s amazing but you will not have a visa on your passport and therefore no trace that you came to Cuba.

In Cuba, the visa is called a tourist card. It’s just a thin card that you can slip into your passport. It reminds me of Transnistria where the process is the same.

You can get it in France at the Cuba Embassy. If you are in Mexico, you can buy it at the same time as your plane ticket at a travel agency. Finally, be zen because you can also buy it directly at the airport in Cancun before flying. A small office offers it next to the ticket office of Cubana Airlines. Price: 25 dollars.

While most countries in Latin America are famous for their violence, Cuba is an exception. Crime is low, no gangs, and no drug traffickers. The country is safe for the travelers. The smallest crime is punishable by 10 years in prison.

A good thing? Yes and no. Because this little violence is explained by the police and the people have little freedom. This is often the case elsewhere in dictatorships. This is of course a good thing, but that implies that the population has little freedom.

A rather important budget for those who travel to Cuba

Traveling to Cuba requires one of the highest budgets in Latin America. Not that the cost of living is high. But for tourists, because of the double currency and controlled state tourism, everything is 5, 10 times more expensive. Read this article on how to travel cheaper in Cuba.

Ex: the train for the valley returns to 10 GUC. However, there is a train where Cubans cannot ride, ticket price: 10 cents of the national currency.

Tips and solicitations and everything goes

You will realize that the stranger is here subjected to multiple solicitations. All these are signs of the really difficult living conditions of the people. You will often be offered cigars at a good price, girls if you are a single man, (or a man if you are a woman), a taxi, a casa etc.

The Cuban SMIC: 20 dollars a month.

An extremely low salary. Attention, it must always be borne in mind that in general, rents are often free, as are expenses, education and health.

The Cuban economy just allows its inhabitants to survive. Everything superfluous is very difficult. Also, the least CUC is much appreciated. Also, do not hesitate to leave tips for the waiters. It really makes a difference.

The casa owners are among the richest Cubans. Which is not easy to understand at first. Yet, you just have to do a quick calculation. A say 20 CUC at night (not counting meals and lunches), and at the rate of two rooms allowed for 10 nights already bring 200 CUC over the month. To this you subtract 100 CUC taxes per month (huge), which is already 100 CUC per month, 4 times the base salary set at 25 CUC.

No freedom in Cuba. 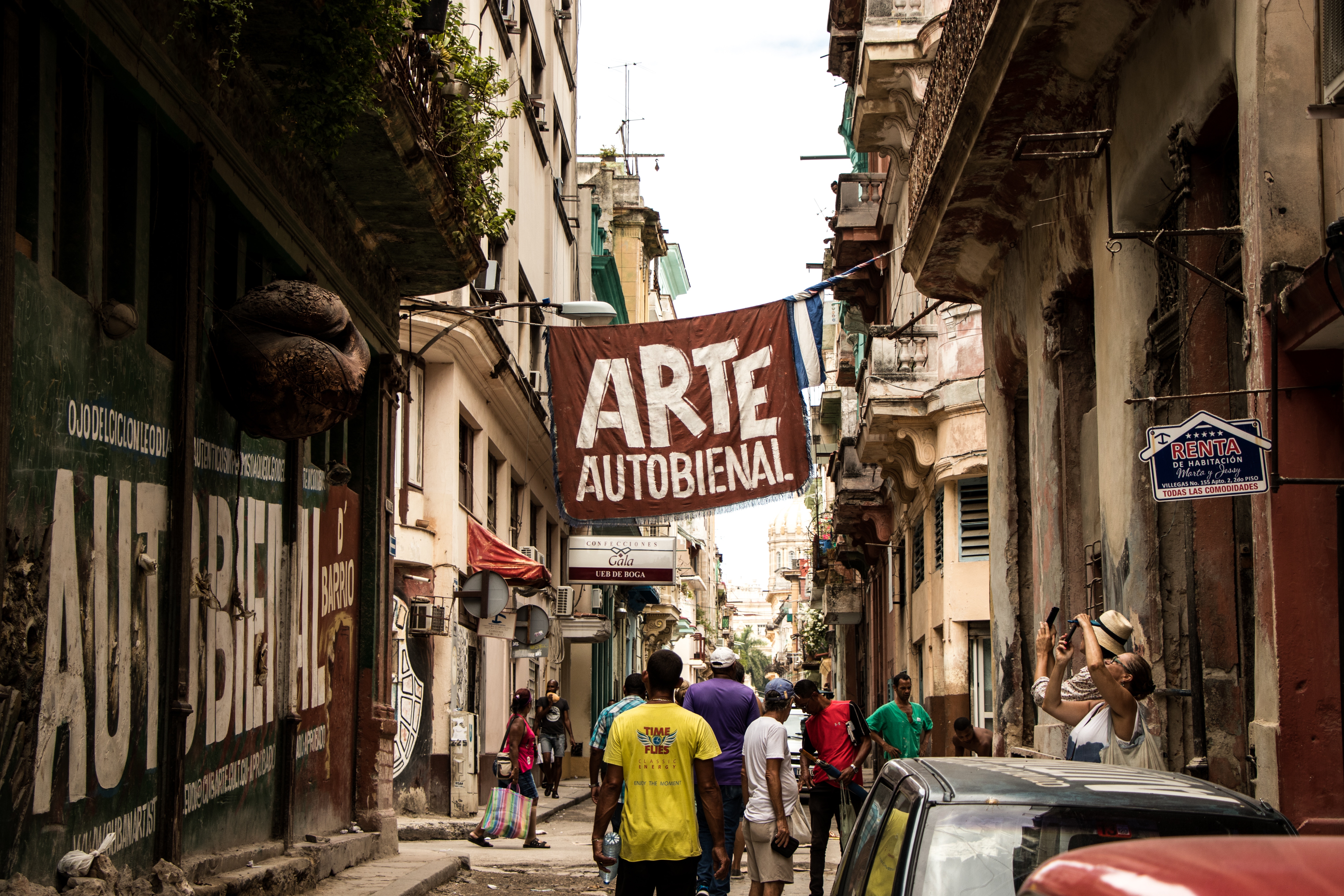 It is not an exaggeration to say that there is no freedom to leave the country, no freedom of expression, no press, no internet, little freedom of enterprise (before there was none), the population is severely supervised.

If you ask the Cubans about the diet, they will not dare to answer you in the street. Because of the denunciation.

The paradise of old Americans 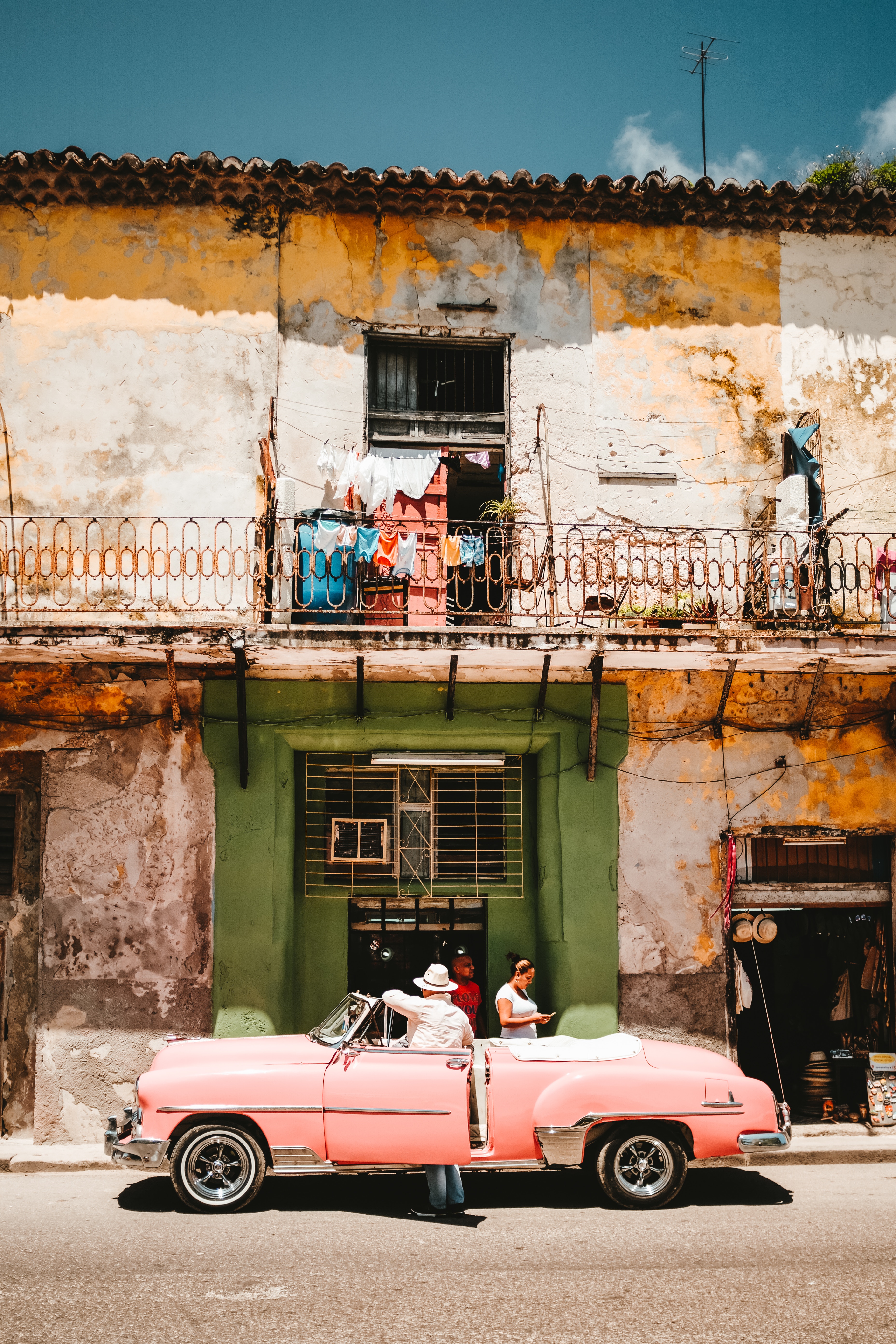 This is one of the images of Epinal sticking to Cuba: his old American cars of the 50s. They are omnipresent in the streets and are the legacy of a time when money flowed in Cuba.

As a used car, they are pampered and often act as taxis. One thing is certain: you will find them beautiful! And you will quickly become acquainted with these wonders: Chevrolet, Plymouth and others. 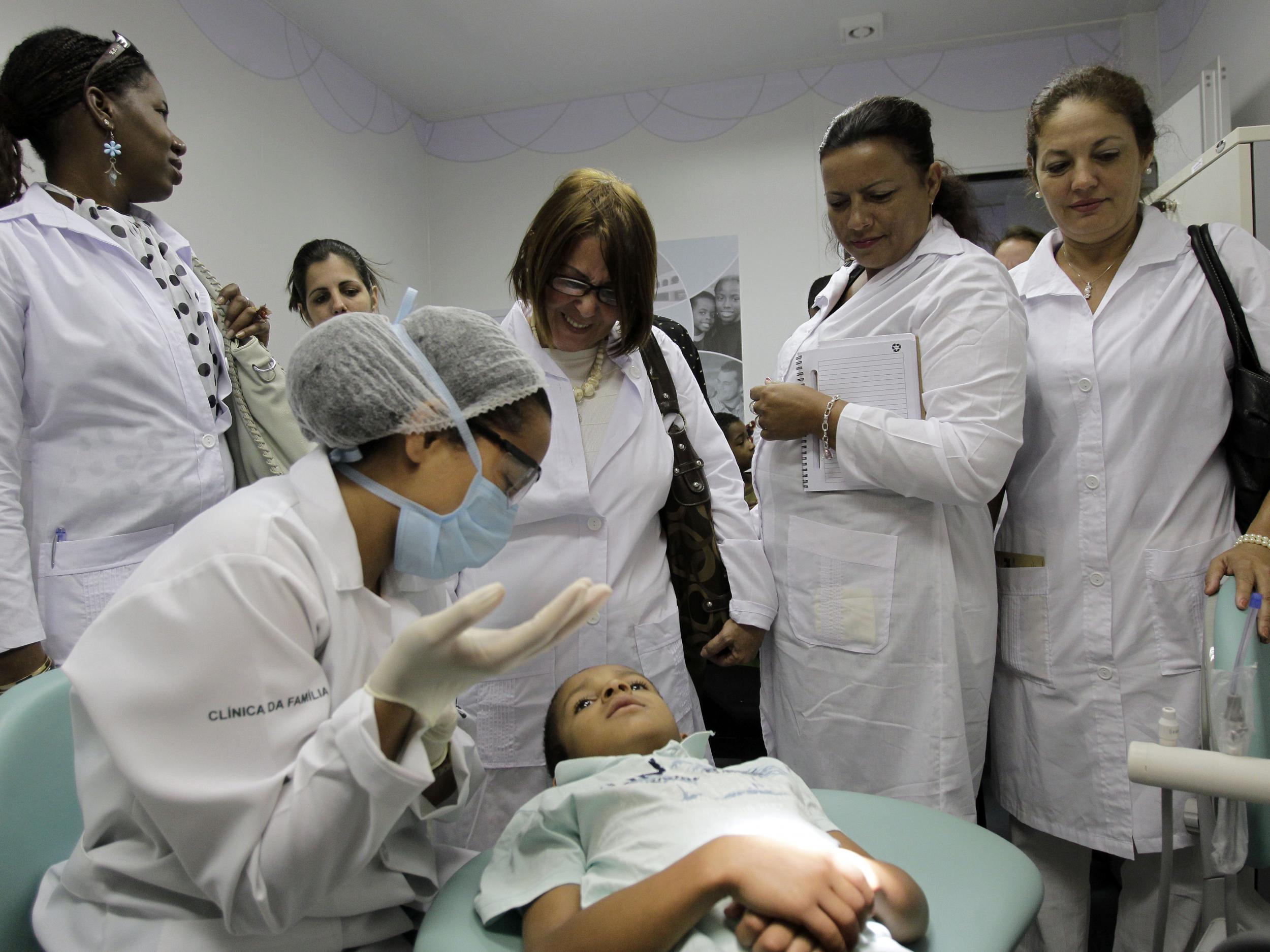 Not only is the care completely free in Cuba but the quality is at the rendezvous. Cuba trains many doctors who export abroad. The island has more doctors than the whole of Africa!

This is one of the big successes of the system with a free and effective education system.

In addition, each district is squared by CDR or Defense Committee of the Revolution. These committees involve the population in the defense of the Revolution. When they were created in 1961, the committees were charged with protecting the revolution against the risk of sabotage and attacks by the counter-revolutionary. Espionage and denunciation are at the rendezvous.

At the exit of the cities, you will always see Cubans hitchhiking. The public transport system between cities are deplorable. Only one company offers it between the largest cities. But at a high price. And only few Cubans have cars.

Under the highway bridges, you’ll see them too. Cuba has a wide highway that crosses the country from west to east, or almost. A broad strip of bitumen with 3 or 4 channels which remains empty.

Here for this short list that is far from exhaustive. But then, I stayed only two weeks …

What are you most surprised about in this list?