10 famous locations that you can really visit! 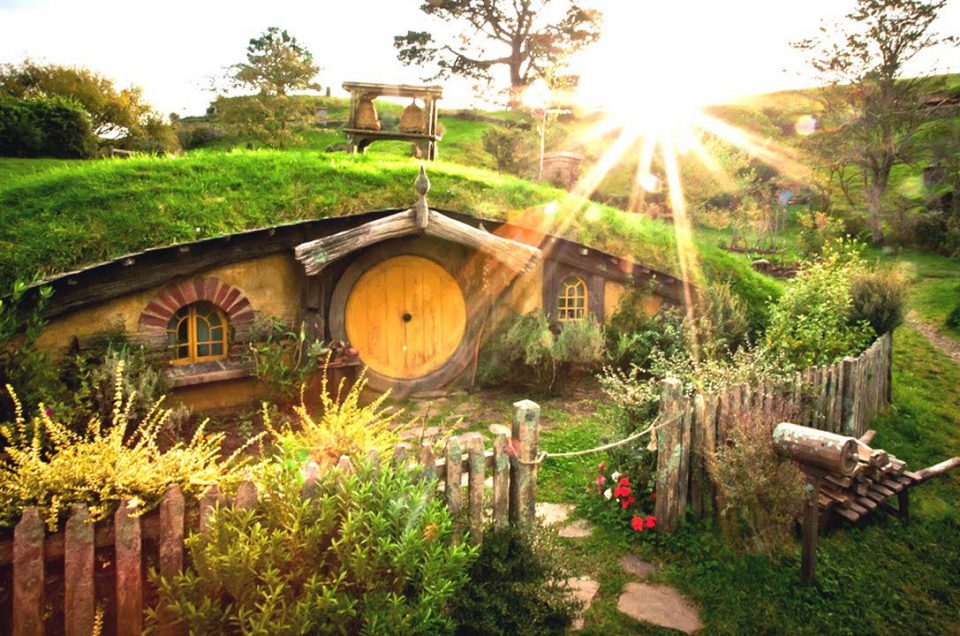 The hobbits live in such caves in the films of the Tolkien books. In Matamata this scenery is a tourist attraction.

The lush green landscape with its cuddly hillocks in the Waikato region was the filming location for the Shire in Middle-earth. Here once the small town of Hobbiton was built and later dismantled. For the later film adaptation of “The Hobbit” the town was rebuilt and served since the end of filming as a tourist attraction.

“It is fantastic that this place will be preserved after the filming, and you will be able to experience it live,” says a visitor on Tripadvisor.

Featured in Ocean’s Eleven and Ocean’s 13 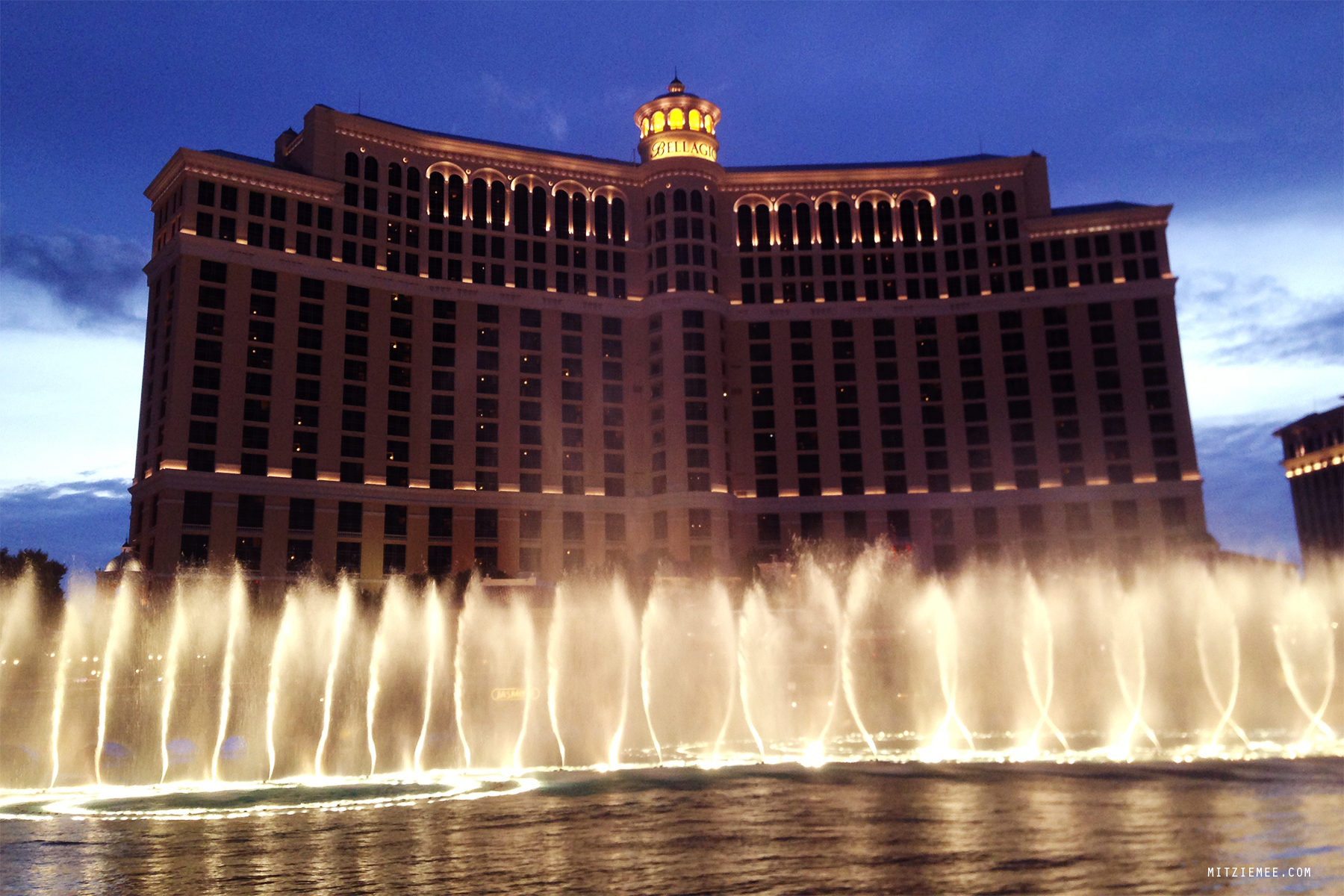 The water show in front of the Bellagio Hotel in Las Vegas takes place every 15 minutes.

The casino hotel in Las Vegas serves as the main location for the film, in which the troupe around Brad Pitt and George Clooney are planning a spectacular coup: the plundering of the casino vault, which is said to hold around $ 160 million. In the end, they celebrate their successful robbery in front of the famous water fountains of Bellagio.

A Tripadvisor user: “To stand where Clooney and Pitt once stood: the madness! I could watch the lights and water show again and again … “

This hotel can be seen in the movie “Lost in Translation” 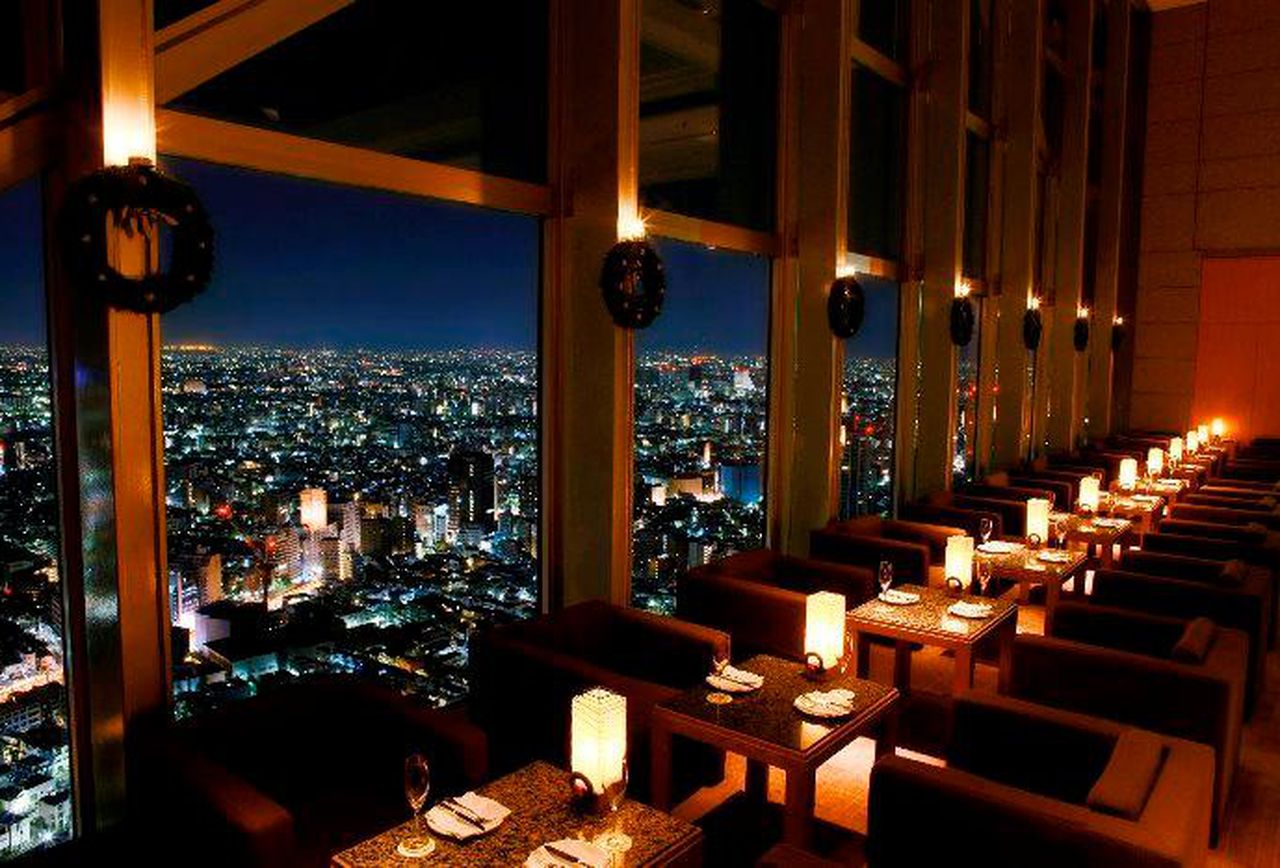 A bar at the Park Hyatt Hotel in Tokyo.

The film tells the love story between Bob (played by Bill Murray), an American actor who is in the midst of a life crisis and traveling to Japan for a commercial shoot, and Charlotte (Scarlett Johansson), a dissatisfied younger woman , who accompanies her husband on a business trip. Both meet in the hotel and spend many hours together.

A Tripadvisor user about the Park Hyatt: “We really enjoyed our stay here … I watched the movie ‘Lost in Translation’ on the return flight :)”

Can be seen in “The Eerie Encounter of the Third Kind” 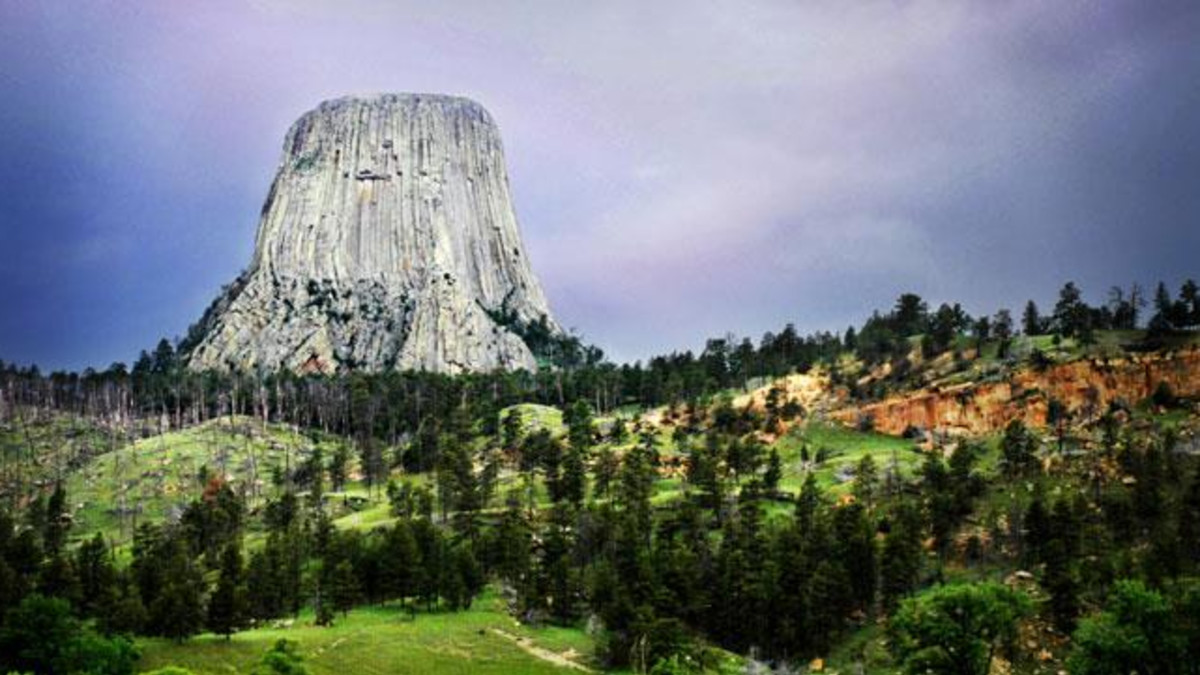 According to legend, the unusual form of the “devil’s storm” comes from a giant bear clinging to the mountain to fetch a princess from the summit. It was probably less this story than the almost alien-looking appearance that led Steven Spielberg in the 70’s to shoot here the landing of the aliens in his film.

“What a beautiful landscape. I always had to think about the scenes from the movie, “says a visitor on Tripadvisor. 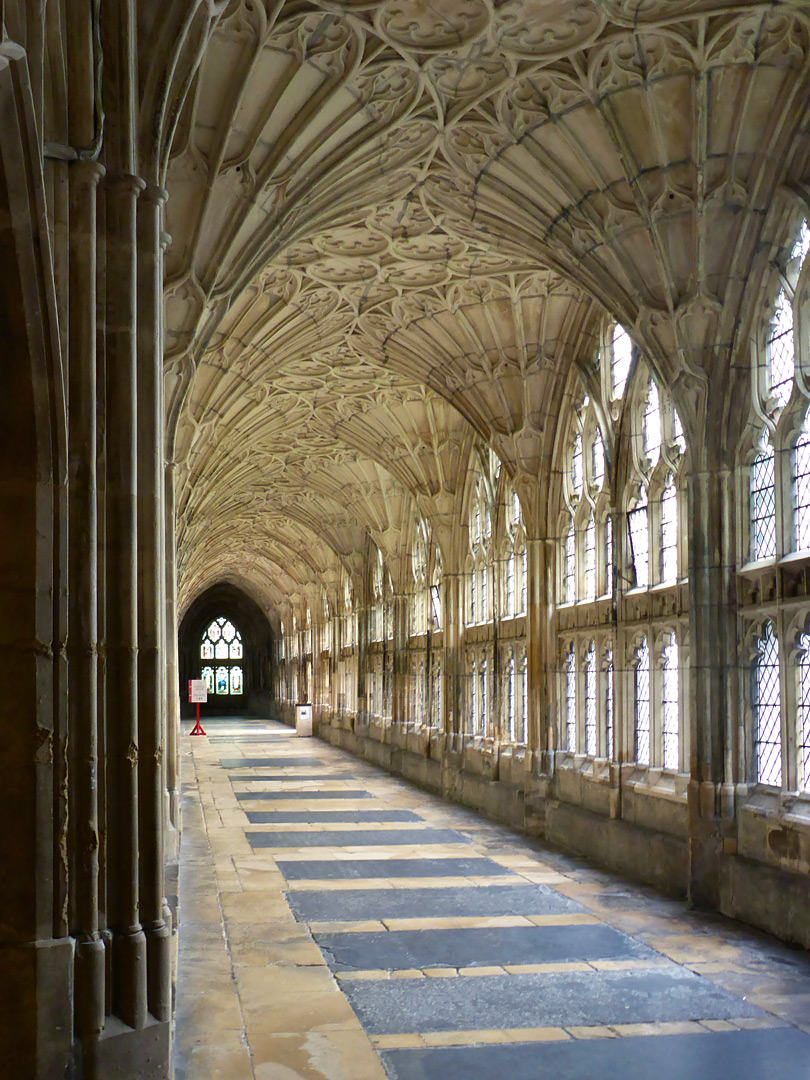 A portico in the cathedral of Gloucester in England.

Those who visit this place will not encounter the Nearly Headless Nick or the Mourning Myrtle, but if you walk through the old wooden door into the tomb, you may find that ghosts of the once-living monks from the old monastery cross paths ,

Various scenes from three of the “Harry Potter” films were filmed here, including the one in which Harry and Ron hide from the evil troll.

Also for the series “Doctor Who” served the cathedral of Gloucester as a backdrop.

A Tripadvisor user: “This building is immediately recognizable from films like Harry Potter and Doctor Who.”

Can be seen in the movie “The Beach” 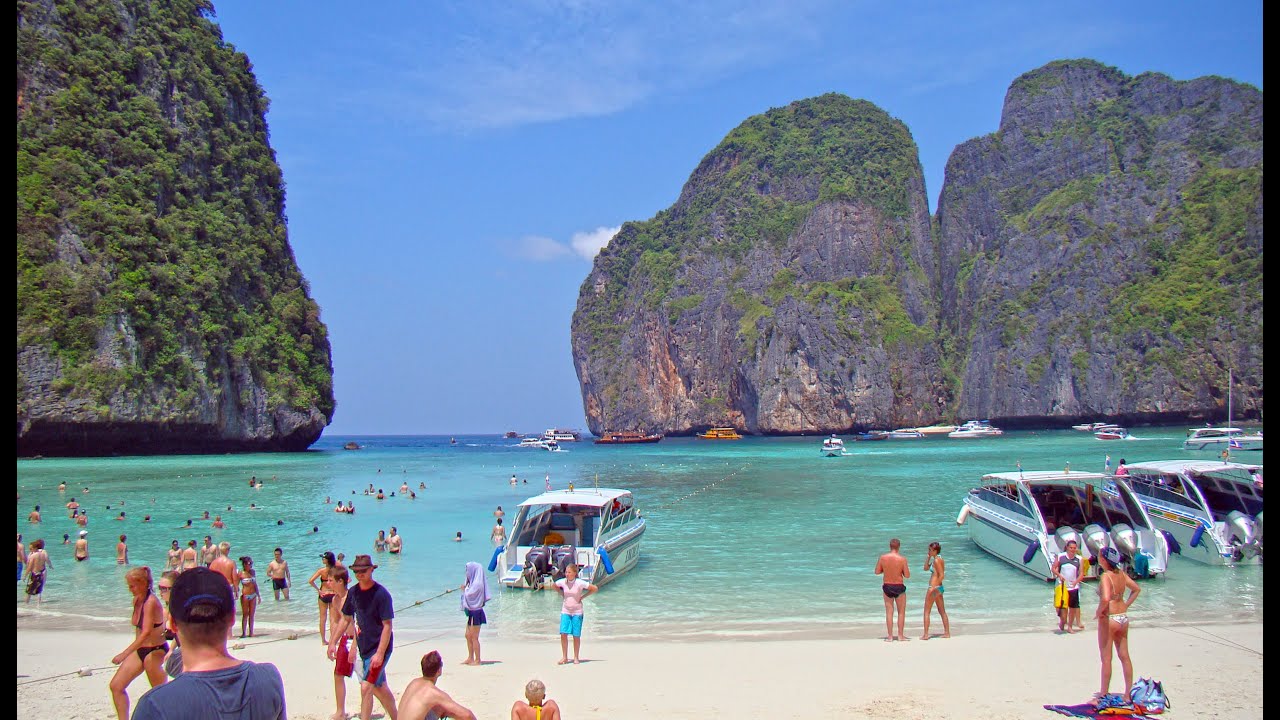 In the movie Leonardo was left behind on this beach.

For many, the bay seen in the film with Leonardo DiCaprio has become the epitome of the dream beach. But those who expect solitude and seclusion in Maya Bay on the uninhabited island of Phi Phi Leh will be disappointed. The island belonging to the group of Ko Phi Phi Don in the Andaman Sea is today a mass target of all the tourists.

A Tripadvisor user: “Being a fan of the film made the visit a must. I wanted to be in the same place as DiCaprio. “

Can be seen in the James Bond movie “Skyfall” 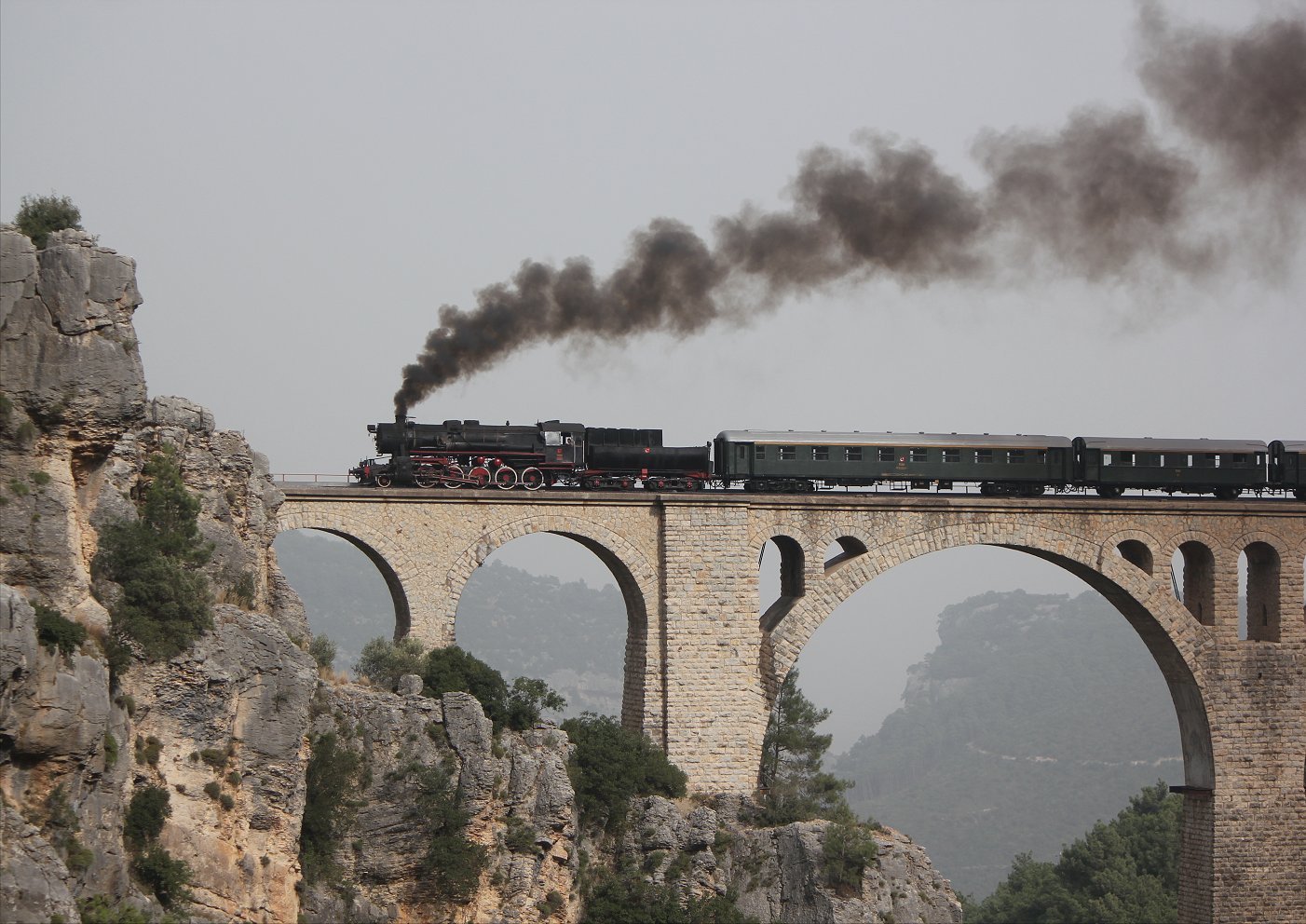 The Gavurdere Viaduct in Turkey is the country’s largest railway bridge.

The huge arch bridge of natural stone with its eleven arches is almost 100 meters high and is the highest railway bridge in Turkey. In the opening section of the James Bond film, the highlight of a dramatic persecution scene takes place on the viaduct, which is also the key scene for the entire film action.

“The famous Skyfall Bridge is an architectural work of art,” writes a visitor on Tripadvisor. “It’s pretty scary to look so far into the abyss.” 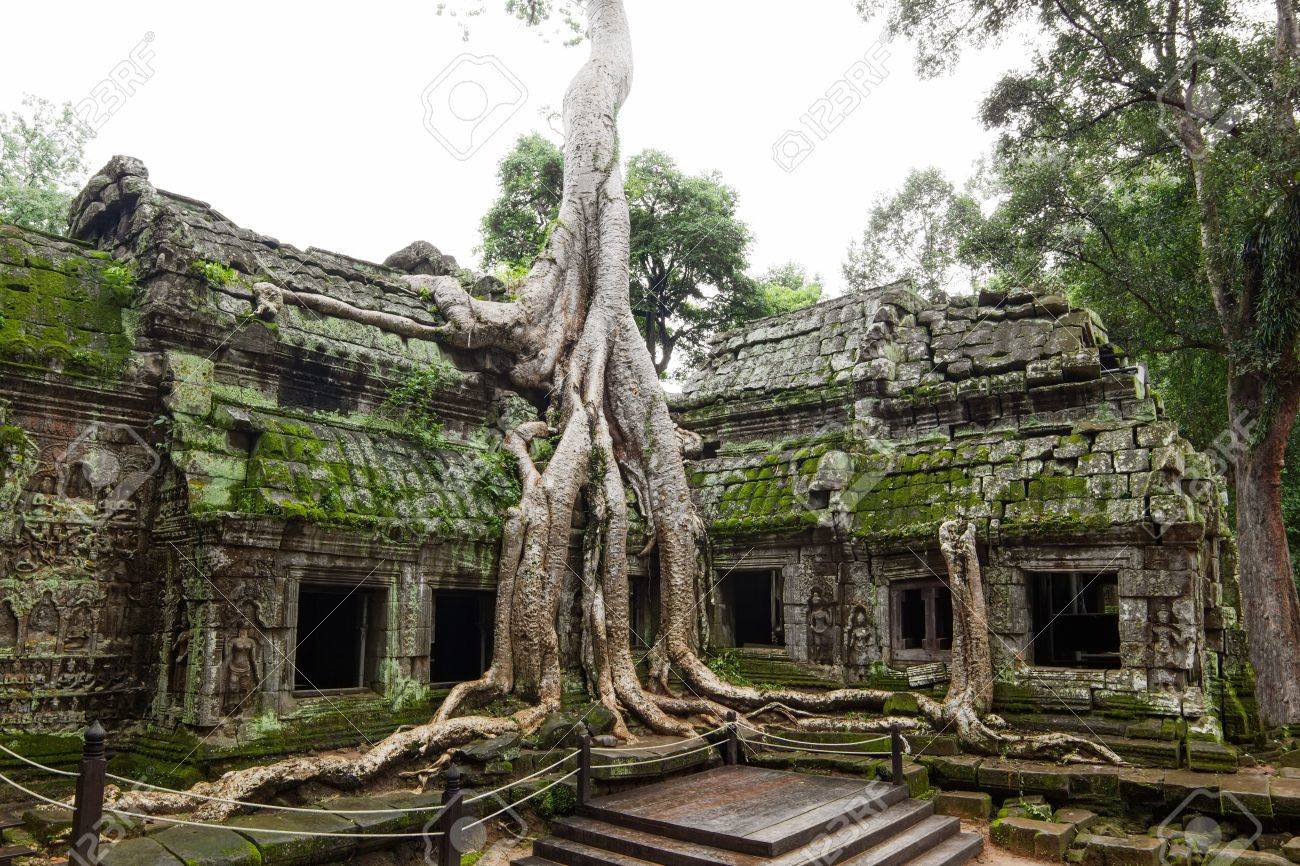 For the filming of one of the most successful computer games of all time served in four scenes, the temple complex of Angkor Watt as a backdrop. There Lara Croft goes in search of a relic.

A Tripadvisor user about the facility: “Incredible, incredible … I have to go back to Tomb Raider!” 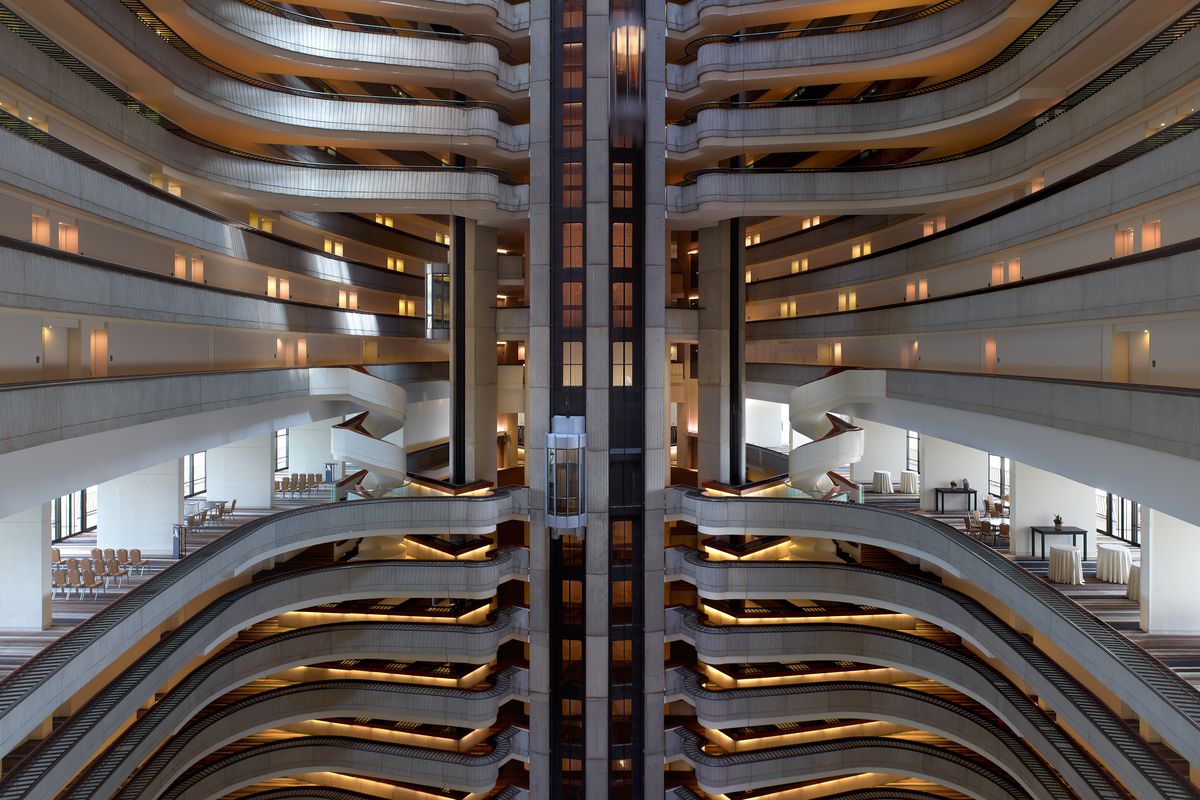 The impressive atrium of the Marriott Marquis hotel in Atlanta.

Also interesting: This was from the “Pretty Woman” hotel

In the theatrical version of the novel trilogy “The Hunger Games”, the Capitol is the capital of the fictional state Panem. Its inhabitants are the richest citizens of the country. They live in decadent luxury compared to most people in the districts. The Marriott Marquis hotel in Atlanta serves as the setting for the luxury lodgings with the glass elevators.

A visitor to Tripadvisor: “It does not surprise me that the filmmakers chose this hotel as the perfect setting for some of the interior shots of the new” Hunger Games “movie.” 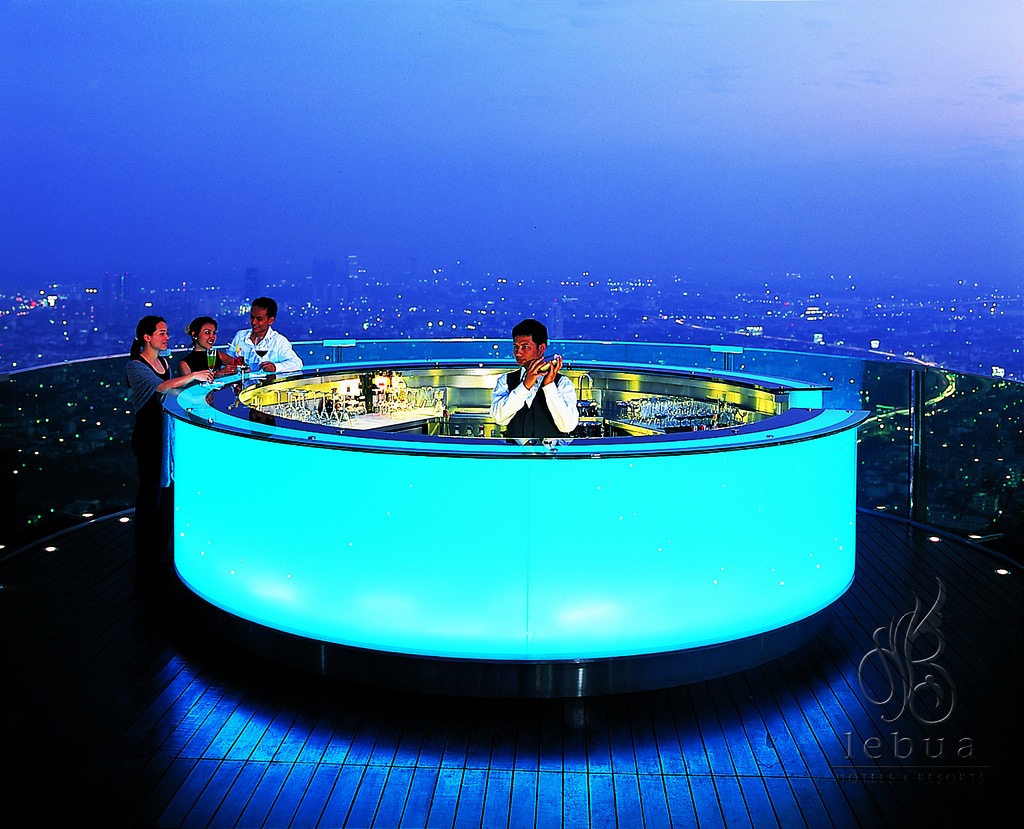 After the huge success of the first “Hangover” movie, which was set in Las Vegas, the sequel was shot in Thailand. Many scenes were shot in Bangkok’s Chinatown and in the entertainment district Soi Cowboy. One of the absolute scenery highlights is the Sky Bar of the luxury hotel, Lebua, which offers a breathtaking view of the Thai capital. Only a glass wall separates the guest from the low-lying traffic.One visitor to Tripadvisor: “For anyone who has seen Hangover 2 (or not), this Sky Bar is a must.”

10 famous locations that you can really visit!